Today we flew from Beijing to Xi’an. The first stop was a museum. It was interesting but I was tired and spent most of the time just chilling in the nice courtyard with a snicker and Coke Zero!

Our next stop was a stroll in the Muslim shopping and food streets. Such a neat experience. The locals were all out shopping and eating. We took a lot of pics and enjoyed the cultural observations.

Walnuts were in so many stalls. They would put them in a heated iron cauldron. It was full of white sand and salt. They would stir them around and around with the sand and salt. You break open and blow the sand out then eat. Johnny bought a bag and really enjoyed them. 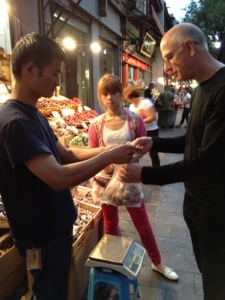 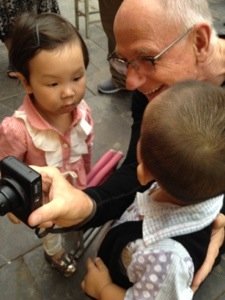 He also enjoyed the kids. They loved seeing themselves on his camera. 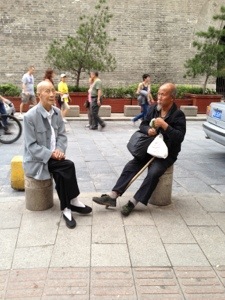 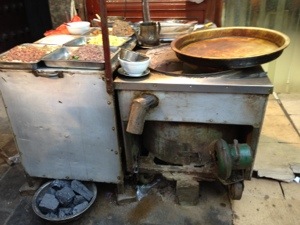 Amazed at the old cooking devices. Notice the coal on the ground for fuel. 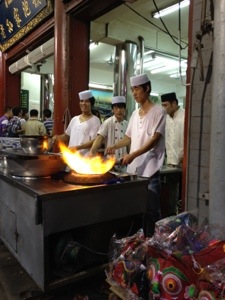 These guys were sweating! I couldn’t tell what they were cooking because the fire was so high around the pan! A smile for the camera though! 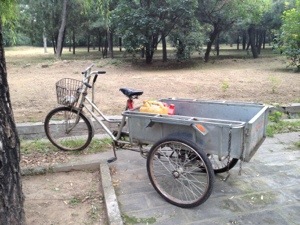 Love the old bikes and carts! 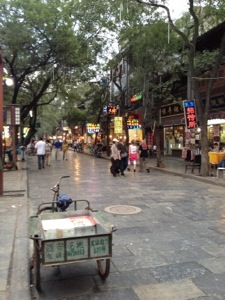 Definitely a worthwhile stroll down this street for just for the experience! Muslim Shopping Area, Xi’an, China!

We transferred to our hotel and had supper. The lobby is very nice….the rooms are not. See TripAdvisor for very accurate reviews of the hotel.

I have stayed in worse but if I had a choice I definitely would not stay there again. 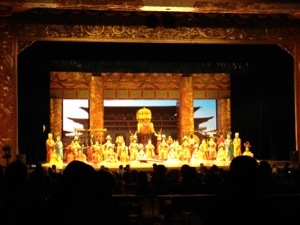 After supper we went to a Cultural Music and Dance Show across the Street from the hotel. It was very good.

Some of the instruments they were playing were played 3,000 years ago! Unbelievable instrumental, voice and cultural Chinese dance.

We visited the Wild Goose Pagoda and the Terra Cotta Warriors.

The Wild Goose Pagoda area is very beautiful….new and modern places….beautiful areas to stroll in. Definitely an area we would look into staying in next time. 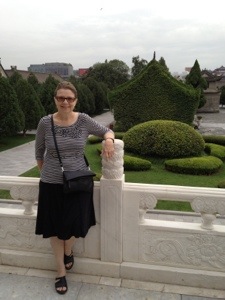 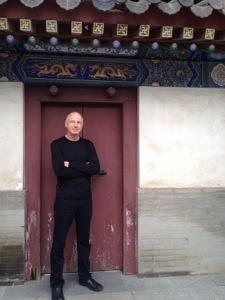 Next was a tour of the Terra Cotta Warriors. It took my breath away when I stepped in the first building. Hard to describe and pictures do not capture the magnitude of the place. 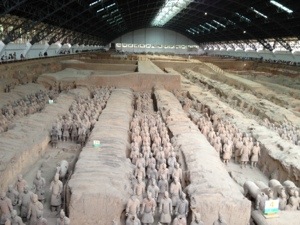 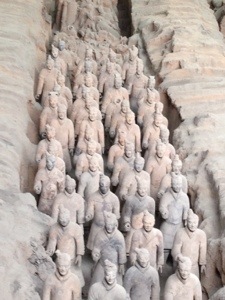 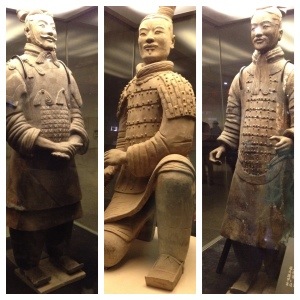 We are now at the Xi’an Airport…..our flight was cancelled. Thank God for Grace! She got us on another flight……Amazing Grace!

Here’s hoping this flight is not cancelled. Waiting in the Star Alliance lounge. Deja vue of traveling!